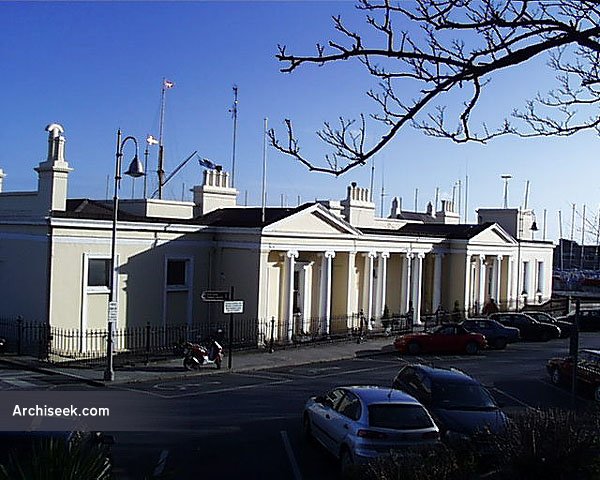 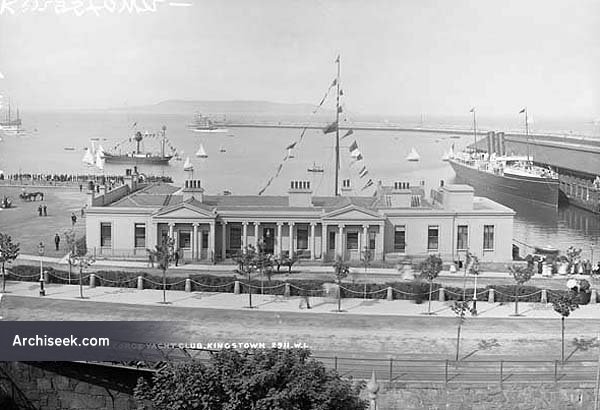 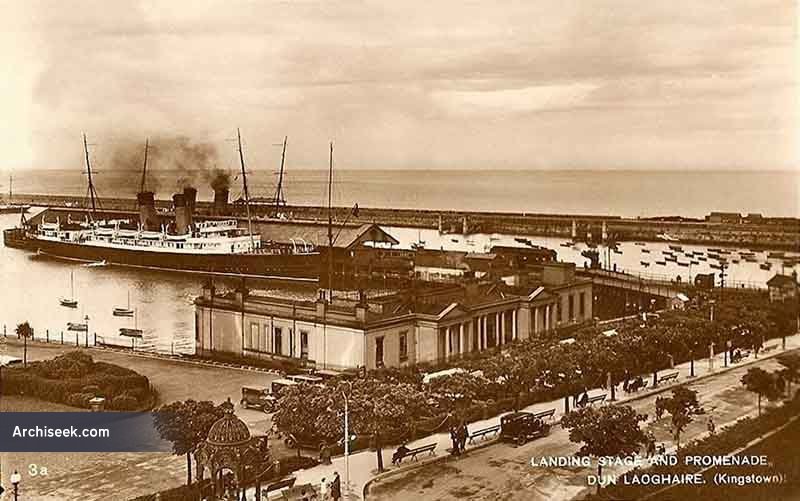 A fine facade dominated by classical columns in a design of pedimented pavilions – designed over a period of some years and by two different architects. The original or southern end was designed by John Skipton Mulvany and completed in 1842-43. In 1845 George Papworth doubled Mulvany’s existing building, adding new western portico and north facing apse-ended wing; after 1845 he also added the 6-column screen to south front, and steps from terrace to ground floor on north front. Ten years later Sandham Symes proposed a new porch and east wing with north apse to match existing west wing. Still more proposals were never completed – E.T. Owen and Charles Lanyon both produced schemes for the club.