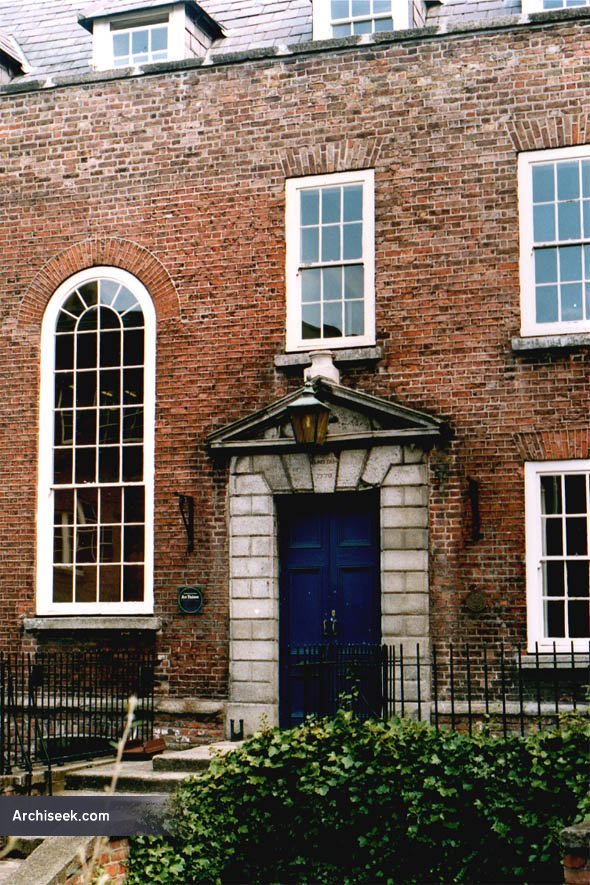 The only one of the old medieval Guild Halls that still exists in Dublin, the Tailor’s Hall is tucked away in Back Lane of High Street. Recent widening of High Street has removed the buildings to the rear of the hall resulting in the hall’s increased visibility. Prior to this the hall which is set behind a high wall and ornate gateway was a little known and seen part of old Dublin.

The building two storeys over basement, consists of a hall lit by tall round headed windows on both sides and two floors of smaller rooms. The building is now the Headquarters of An Taisce, the National Trust for Ireland.

Established in 1706, Tailors Hall was the headquarters and meeting place of the Guild of Merchant Tailors from 1706-1841. The building was also used in 1792 as a meeting place by The Catholic Committee during their campaign against the Penal Law (which earned the building the nickname “Back Lane Parliament”), and later by the Society of United Irishmen, a republican movement inspired by the ideas of the American and French revolutions, and leaders of the 1798 Irish Rebellion against British rule.