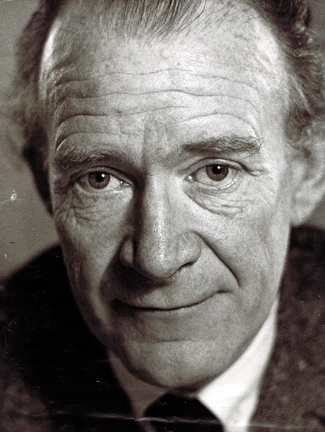 Robin Walker (1924 – 1991) joined Michael Scott’s office in 1948, a year after graduating from UCD. Previously he had worked for Scott during his college holidays. After graduating, he worked and studied under Le Corbusier in France on a French Government Scholarship before rejoining Scott’s office for a period. He then went to the Rhodesia and the United States where he worked with Skidmore Owings Merrill and Mies van der Rohe. While in the United States he graduated with a MSc. in City and Regional Planning at the Illinois Institute of Technology in 1958. He became an Associate of Scott’s firm in 1956 and returned to Ireland to join Scott full time in 1958. He became a full partner in 1961 along with Ronnie Tallon in the firm Michael Scott and Partners which later became Scott Tallon Walker. He was elected President of the RIAI from 1968-1969 succeeding Wilfrid Cantwell. After retiring in 1982, he was very active with painting and died in 1991.