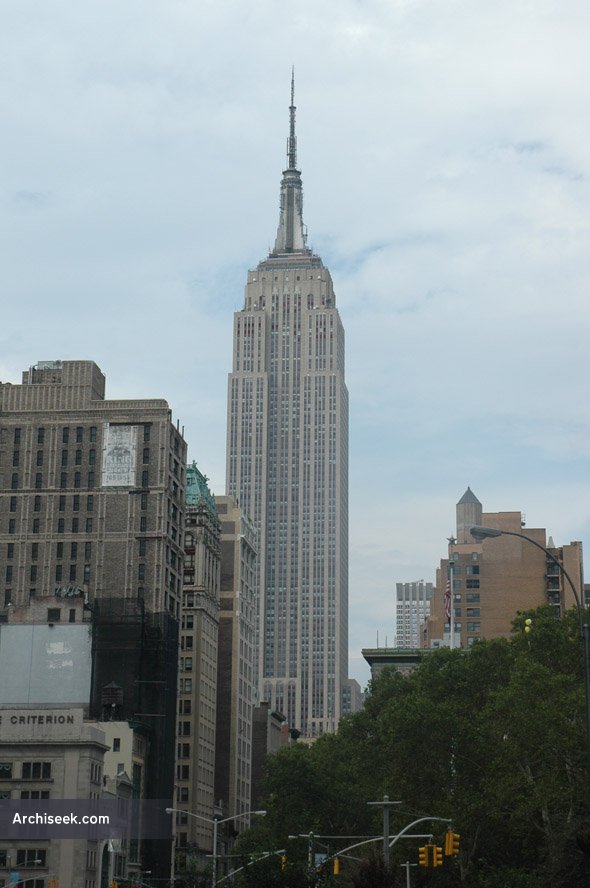 Designed by Shreve, Lamb and Harmon, the Empire State Building was finished in 1931. Since the World Trade Center was destroyed in the September 11, 2001 attacks, it is again the tallest building in New York City at 102 storeys.

The building’s distinctive art deco spire was originally designed to be a mooring mast and depot for zeppelins. However, after a couple of test attempts with airships, the idea proved to be impractical and dangerous due to the powerful updrafts caused by the size of the building itself, though the T-shaped mooring devices remain in place. Although the lower floors occupy the entire block, there are various “setbacks” in the building’s design, as required by the New York City zoning law of 1916 aimed at reducing shadows cast by tall buildings.

The project was hurried to completion in order to take the title of “world’s tallest building” from the nearby Chrysler Building due to a business rivalry between one of the directors and Chrysler. From its opening until the 1940s much of its office space went unrented. This lack of inhabitants earned it the nickname “Empty State Building” in its early years.