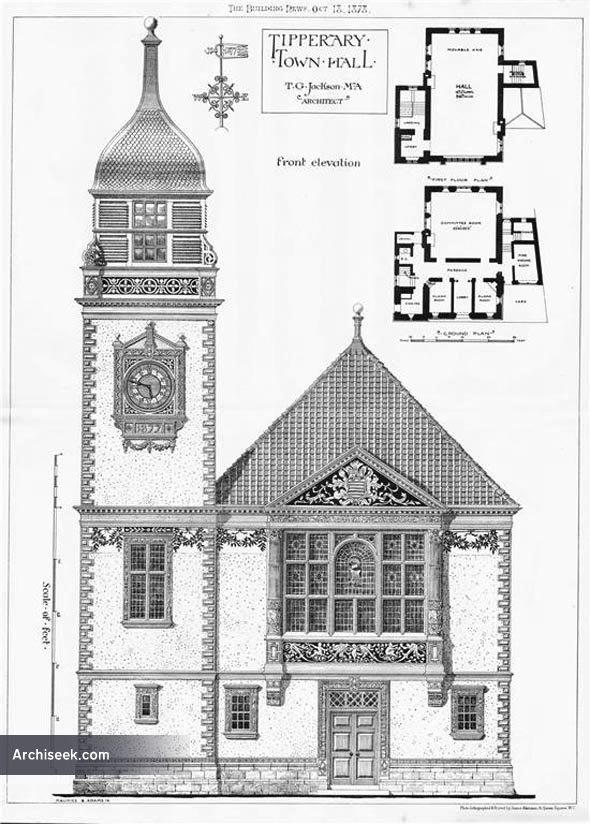 The only Irish work of Oxford-based architect Thomas Jackson, the former townhall is now refurbished as a local theatre after a period of neglect, and several fires. The interior was gutted in a fire in 1941 and a further fire in the 1970s caused more damage to the building. 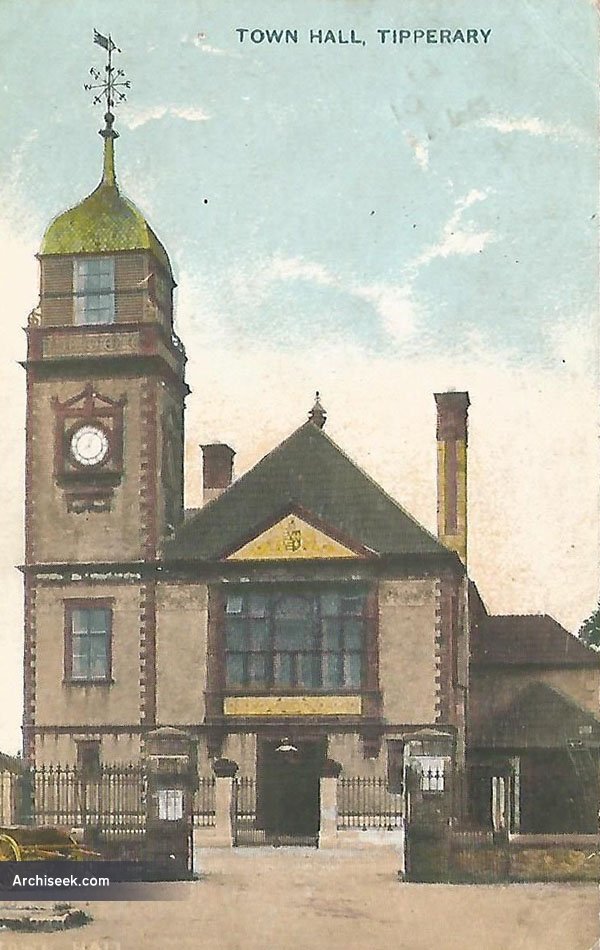 From The Building News: “This new hall was built last year for the town of Tipperary, at the expense of A. H. Smith Barry, Esq., of Marbury Hall, Northwich, and from the designs of T. G. Jackson, Esq., of London. Internally there is a fine lofty hall for public meetings, with two staircases conveniently arranged and connecting with side rooms and dressing-rooms. Below the hall is a commodious committee-room, which can be converted wthout trouble into a refreshment-room during balls, concerts, Ac. The main feature of the outside is the elaborately-designed red terra-cotta dressings, with rough-cast wall spaces, enriched with decoration in sgraffito, the whole forming a pleasing composition of colour. In connection with the main building are other offices, the chief one being for the accommodation of the town fire-engine.”